I was never picked first to play football in the playground, in fact even having to choose me last always gave out a groan by the elected captains.  Life is hard when your 8 ¾ but being almost 9 gave you hope that one day you would be picked, although it never happened.  I couldn’t kick a ball in a straight line, and to this day I have managed to lose more balls over fences that were supposed to go somewhere else to the dismay of my kids.

There were two things I did like at that age. One was physical contact and the other, girls. I loved being around girls, they were so, nice smelling, I guess.  Now there was not a hope in hell I was ever going to get physical with a girl, they were for talking to, looking at, and sniffing.  My fix for physical contact came through boxing with my Dad, who would regularly challenge me to a couple of rounds of Queensbury Rules. He wore massive black boxing gloves and me with smaller red ones.  He taught me how to defend my face, deliver a straight jab, and always keep moving. Failure to do two of these would result with me on my arse, and I loved it!  My Dad equally took so many punches to the face kneeling down to balance our height I’m surprised he didn’t give up sooner!

Swimming was a common event in my school, mainly due to the fact we had a pool. Although other schools came to use it, we had twice weekly sessions. This turned into being in the swimming team and sessions were every day.  I loved the water, especially under it. I could pretend to be Jack Cousteau the famous French diver and with the introduction of goggles I was in my element.  Aside from fun, I swam competitively and earned a few medals, however, there’s good and there’s outstanding. I was the former, but that didn’t matter, life was far too much fun to be getting up at 6am everyday for two hours in the pool. Swimming became just one of those skills that could later save your life, and to pass on to your own children.

My fantasy of combining girls and contact came around my 10th birthday.  I joined a local Judo club and in time spent 2 nights a week rolling or slamming into a thin rubber matted surface.  There was an exercise called, ‘groundwork’ that entailed two people to face one another on your knees and try to subdue the other.  On more that one occasion I would have a female partner and being tall for my age meant that I didn’t always get girls, sometimes I got women!  Real women, like 16 or 17 years of age. Well-formed breasts and buttocks were quite often pressed into my face to overpower me.  I never wanted these sessions to stop, I was in absolute heaven. In the end it was a girl that took me away from Judo which on reflection was a shame as I was much better at ‘Randori’ than being ‘Randy’ at that point in my life.

I moved into secondary education and by the age of 13 I was already over 6 feet in height, albeit quite skinny.  I was approached one day by our Welsh sport teacher who told me I would make a great Number 8.  I’m sure I thanked him and smiled without the slightest idea of what he was talking about. It was not long, however, before a bag was given to me with a red rugby kit inside and a shirt with a big white number 8 on the back of it, and life got decidedly better for me.  I was not longer waiting to get picked to join a team each time, I was the in the team, for almost 3 years. It was fantastic, I loved travelling to games on the bus, getting on my kit and looking like everyone in that dressing room. I had arrived, I was part of unit and the feeling was amazing.  Running out on to the pitch dressed in red we looked the part and for the most of our time together we were good.  The sad thing is that not a single photograph exits to my knowledge of that band of misfits, and that’s what we were.  Bullies, the bullied, small kids, big kids, black kids and white kids; but on that pitch, we were all the same, just kids dressed in red and hell bent on beating the other side to a pulp!

Sport did not cross my path for many years after leaving school. I tried boxing for a short time with a pal, however, a weak nose always ended up with blood spilling on the canvas which eventually lead to me being asked to leave until my nose was fixed.  It was not until 10 years later I found myself back on a white canvas, and this time wearing a familiar outfit; I discovered Aikido.  Being a more spiritual version of Jujitsu, there seemed to be less chance of injury, or that was the theory!  The club I had joined had a good pedigree with one of the seniors being a founder of Aikido in the UK. He had trained with leading Japanese practitioners and had a good stable of instructors.  Being 6’2” and around 17 stone I was a great candidate for demonstrations and soon found myself flying through the air, joints being manipulated to the point of extreme pain and on occasion being hit with heavy wooden weapons. I must admit it was great, and the trade off was that I got to do it to the instructors. I learned fast, trained hard and worked my way through the syllabus to attain a modest grade.  Unfortunately, all good thing come to an end, and after 10 years I discovered I had broken my back. It came as a surprise, suddenly my aching leg became a numb leg and then a painful one. Surgery was required and that all went well, however, trying to return to the mat was a no go for me. I tried for a year but it just aggravated the repair, so I left and with fond memories I hung up my training swords and knives in the same place my swimming medals could be found along with an old red rugby sock.

Sport is not something I watch, other than an occasional Rugby match, boxing if it’s free-view and maybe some martial arts on YouTube. The things that my own exposure to sport gave me was confidence in myself, understanding team work and the need to know the limits of your own body. Today, many years on, I still have a lot of the skills I acquired along route and tap into them when I need strength for certain tasks, and oddly enough, all because I originally wanted to smell girls! 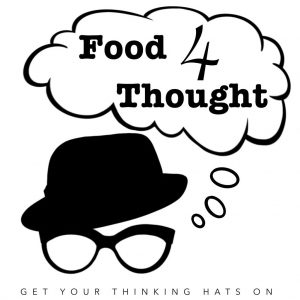