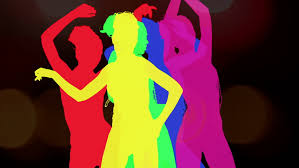 There is one thing that turns me on about Missy that can be shared in public and that is her youthful energy when dancing.  She really does dance like no one is watching.  She smiles and laughs when she moves on the floor. It’s contagious to the point that she draws people in, including me, once she starts bopping to the music.

I have come to realise that I don’t give her enough opportunity to spread her wings and let her be her inner self on the dance floor, or for that matter the kitchen floor.  Being a Dom or Sub in a relationship is about changing behaviours to make life better, to look after one another and to benefit those close to you.  I do have a concern that it’s possible on that journey some of the core behaviours that brought you together or attracted you to each other are temporarily forgotten. Your focus is on being something new, and ignoring the you!

For new couples coming into a D/s relationship there are so many things to grasp and understand.  It is easy be caught in trap of creating lists and trying new things out, and sometimes being too serious about the whole thing.

In the past few months, being at home with a lot of extended family has been a challenge, and if I’m honest I think we have managed better than in previous years.  Most of that has come from communicating about what could go wrong before it happened and how to combat it.  Whilst I have not demonstrated overt dominance with missy, I have stayed close and ensured that we feel connected and that she is not excluded from me and my visiting family.  It’s very easy to be consumed by guests, especially those that are either very young, very old or demanding; in fact all three become one very easily!

During this time missy has been quite playful which is a welcome relief. She has joked and messed around being slightly girlish with me and I do like that. It makes me feel happy and lighthearted which is great when it’s our joke and not that of others around us. So whilst she hasn’t physically danced for a while, she has displayed her not-lost youthful side in other ways.  It’s incredibly sexy when she plays around and probably isn’t fully aware how much I really enjoy it.  Whilst it makes me happy one one way, it’s a huge turn on in another.  She really is my little mover.