I have always loved pictures, either moving or still ever since I can remember, and I discovered something about myself the other day that surprised me as a kid. Our school took us into London to visit museums and the Tate National Portrait Galley. I was a 15 year old, pretty uneducated wannabe rebel on the steps of the gallery, however, once inside I was stripped of that. 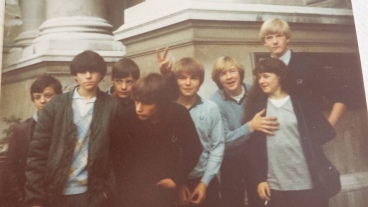 Massive pieces of art work, some hundreds of years old hung from the walls, modern paintings clustered together and then there were the faces of people from long ago captured in oil. I remember standing for ages scanning one picture and seeing the actual brush strokes and small cuts in the oil where a knife had been used. The picture, as you can see was of a naked lady in a black Victorian hat. Despite being snapped out of my moment by whisper in my ear from a female pupil, “Having a quiet wank are we?” I have distantly remembered the picture, and the erection that went with it, and maybe it was then I fell in love with nude women in picture. 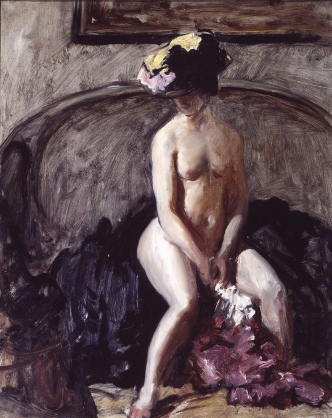 Missy has recently been exploring a previously undiscovered side of her with body image using photography, which I am so pleased she is doing. Not only do I think she looks great, I openly admit to getting off on other people seeing her. In certain circles I would have verbal rocks thrown as me for such a comment, however, here I can express such things and be judged, as humans do, by my peers in the kink community, who to be honest have far more unusual and interesting kinks than I!

Today I saw a picture in the news of the inside of the Italian Parliament Lower House. They are voting a new Parliament in today and all of Europe are watching, apparently! What struck me was how sexy the photograph was I terms of grandeur, splendour and sheer ostentatiousness. I had to use those three words just to convey how great it would be have a play room decorated in a similar way! 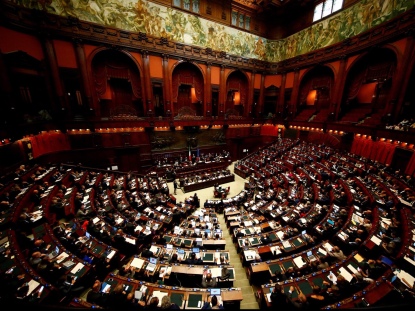 Now for the more cultured amongst you, I apologise, for I am sure that the paintings and decoration in the picture are by a renowned individual that I should know. However, in light of my ignorance, I think it looks powerful and not dissimilar to an old theatre when lavish stage shows could be performed. Ironically, knowing how passionate Italians are, I’m sure their Parliament is as animated as any theatre production, or at the very least more exciting than the sleepy British version!

I close and return to my lady in the black hat that is inspiring me to recreate that same image through photography with Missy. I’m sure with few well placed filters I can take the real Missy and turn her into a Victoria work of art, opposed to being a modern one herself!  Inspiration can be found all around us, and sometimes in our distant past where those small acorns were planted that grew in oaks with many reaching branches.