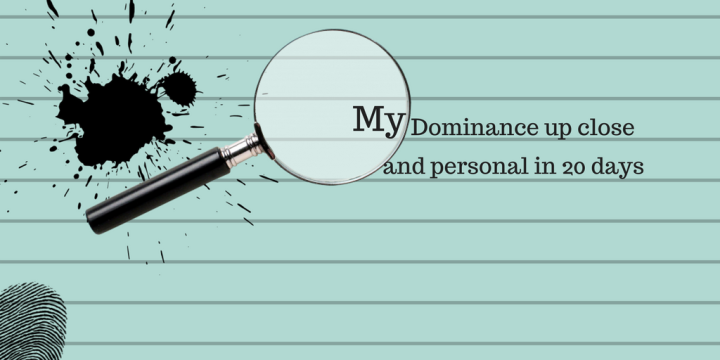 Today marked a low point in my D/s journey to date.  I have found the motivation to stay on top of things a real challenge, almost a sad feeling.  Missy has attempted to support me in all manner of ways both in D/s and general life, and yet there was something always getting the in way, and that was me!  At one point quite recently Missy offered to switch roles to give me break, allowing me to recharge my batteries.  It was not something she would particularly enjoy as she prefers a submissive role, however, she offered, and I declined. I did this not out of some stupid notion that is was not manly to be submissive, I did it because I thought I could work through it.  In all honesty I am unsure what it actually is that creates this feeling of not being motivated.  I have never set my self up as Super-Dom for the pure fact that I know I have a long way to go before I am happy with myself.

My low point today was the realisation that Missy felt that she was not enough to focus my attention and keep me motivated generally.  Now I do not believe that it is so black and white. There are other factors in play that I do not completely understand, however, one thing I do know is that my devotion, admiration, respect and love for Missy cannot be measured by my incompetence to manage myself.  To be confronted with the realisation that someone so close feels they are not a key motivator in your behaviour is horrible.  I felt like a liar and a deceiver.  I am truly at a loss to find the right words to sum it up.

This project over 20 days was intended to help me focus, when in fact that did not happen. I allowed things to get in the way of focussing on the most precious thing I have, and what I realise now is that I’ve tried too hard to be a Dom that I think other people will measure me against; actually I have never met two Doms the same!  I know that may sound ridiculous, but trying to hard often means you are attempting to put out a bin fire when all along your house is burning down behind you.  I often sit and try to think of things to do as a Dom and quite often I have ideas that are off the shelf, inappropriate and not what I should be doing.  First and foremost being a loving and attentive husband should take priority. Thinking of her needs as well as encouraging her to meet mine, what ever they may be. The Dom bit is the leadership of the house and as a team.  I have been a poor team player, which is not natural for me ironically.  I have lost sight of who my team are by being dragged into my own head space and not stepping up.

Being a good person all round is important to me. I love helping people and get real enjoyment from it. Now is the time to help those closer to home and rally my team.  I am the leader of this family, and they want me to be that person, not some guy who cooks meals and occasionally fixes broken things. Regardless of what I do for a living, my family are more important than any job that comes my way. Only today when reality hit home did I recognise how different things can be in an already loving marriage and what few alterations it will take to be just the real me.